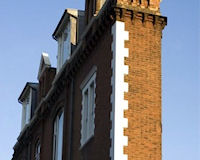 Description: This is one of London's remarkably thin buildings - stand at the West End of this building and marvel in the thin end of this wedge - only six feet wide at its narrowest point - it does get wider!

The buildings here were built in the 1860's and due to an agreement with the London Underground, some of these properties were to be demolished to build an entrance for South Kensington Tube.

This one was saved and as the area became a hub for art, local builder William Douglas, saw the potential for this units to serve as studios. He built seven in this building by 1886.

The studios widen to 34 feet at their widest, not too claustrophobic! 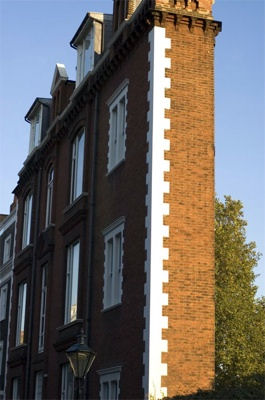 1» Im pretty sure you can see this from the station platform at South Ken. (Anonymous)
Posted by Anonymous on 2011-03-02