Robert Stigwood and the Bee Gees 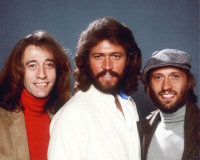 This is the house where The Bee Gees wrote many of their hits.

Description: This is the former Mayfair home of The Bee Gees manager and producer Robert Stigwood, where the trio spent much of their time rehearsing and composing songs between 1968 and 1980.

Brothers Barry, Robin and Maurice Gibb were one of the biggest acts of the 1970s and won multiple Grammy Awards during their 35-year career.

Robin Gibb said: This location means a great deal to us and is somewhere we wrote a lot of our songs.

He added that as well as being a celebration of the band's music and achievements, the green plaque was also be a memorial to Maurice, who died in 2003.

The Bee Gees were inducted into the Rock And Roll Hall Of Fame in 1997. They have sold more than 200 million records worldwide and are in the top five of the most successful recording artists of all time, together with The Beatles, Elvis, Michael Jackson and Sir Paul McCartney.

Australian-born producer Stigwood, who now lives on the Isle of Wight, is widely credited with masterminding the Bee Gees' rise to fame. He is also known for promoting world-famous acts such as Cream, Mick Jagger, Rod Stewart and David Bowie as well as theatrical productions Hair and Jesus Christ Superstar. 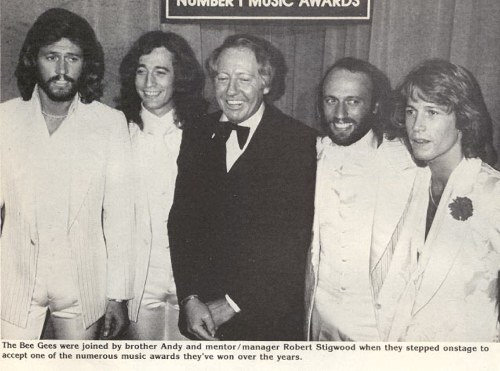