Mount Pleasant - or is it? 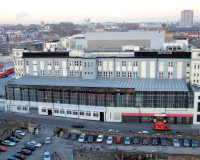 Once the World's largest sorting office, used to be a prison.

Description: The site of Mount Pleasant is on rising ground about half a mile north of the boundary of the City of London (the 'Square Mile'). Until the 17th century this area was open fields sloping down to the Fleet River, and this is presumably why the area became known as 'Mount Pleasant'.

By the 1700s, however, this name carried a satirical twist, as a huge rubbish heap had grown on the site.

The area had a second name: 'Coldbath Fields', in honour of Cold Bath Spring which had been discovered here in 1697. This bathing place was renowned for the coldness and supposed medicinal qualities of its waters, and was one of many springs - or 'wells' in and around Clerkenwell. This must have been an odd 'health spa' next to the refuse heap!

In 1794 the rubbish heap was cleared and the Middlesex House of Correction (Clerkenwell Gaol) was built on the site. The penitentiary became known as Coldbath Fields Prison.

The prison cost 66,000 to construct (around 4.5 million today). However, following an outbreak of cholera, it was found that the brickwork had been poorly set, fallen in, and almost entirely blocked the buildings sewers.

The first governor of the prison was famed for the beatings he administered with a knotted rope and was eventually dismissed following a Government inquiry into the abuses. No wonder Southey and Coleridge wrote in The Devils Thoughts

As well as adopting the 'silent system' in the early 19th century (to force inward contemplation of crimes), Coldbath Fields Prison forced its inmates to man a treadmill to grind grain and pump water. Picking oakum - pulling apart old tarry ropes to re-use in shipbuilding - was another example of hard labour. The prison housed 232 prisoners when it was opened, 1,317 inmates in 1855, and in excess of 1,500 when it finally closed in 1877.

However, by August 1887 the Post Office had already moved in and adapted part of the vacant prison (the former treadmill houses) for use as a parcel depot. According to at least one newspaper of the time, the renovation cost 14,000 and was technically not legal as the Post Office had acted without an Act of Parliament.

However, postal workers objected to working at 'Coldbath Fields', a name long associated with the feared gaol, so the designation 'Mount Pleasant' was formally used from 1888.

To avoid London's congested streets, the Post Office decided to travel underneath them. Construction of the Post Office Underground Railway (later known as Mail Rail) began in 1914.

This site was also scene of a riot once. A political meeting here somehow ended up as a calamitous riot. Held on the 16th of May, 1833, the meeting was organised by ordinary working men who wanted an increase in their wages. It seems that the police, with batons drawn, marched on the 1,000 attendees at the meeting, leading to fighting and, tragically, the fatal stabbing of one policemen, PC Robert Cully. 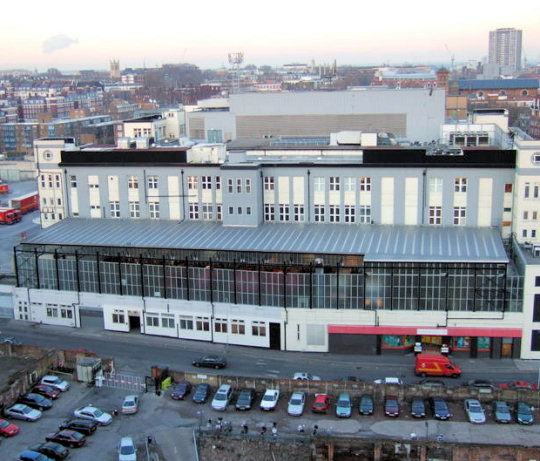 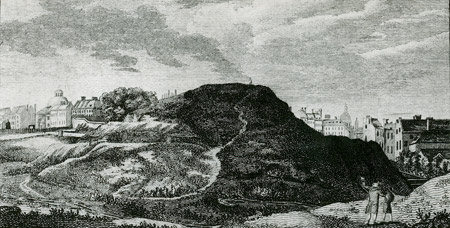 1» Id previously heard that Mount Pleasant was a sarcastic name for the area, in fact, due to the rubbish and general unpleasant surroundings. A cab driver once told me that Coldbath Square was the site of a child brothel in the 1700s. But where he got this information from, I dont know. I do find that older taxi drivers do like to tell stories, eg. the building that houses my current office was an illegal drinking den in the 1960s (as told to me by a cabbie in his 60s). (Murray)
Posted by Murray on 2011-05-10