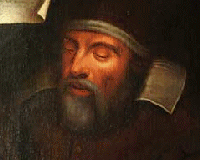 Old Parr lived here in the final months of his 152nd year.

Description: Thomas Parr was an Englishman who supposedly lived for 152 years, was often referred to simply as Old Parr, or Old Tom Parr.

His tomb in Westminster Abbey is inscribed that he was born in Salop in 1483, lived through the reign of 10 sovereigns, and was buried November 15th 1635.

He lived in Winnington, Alderbury, Shropshire and four months before his death he was brought to London by the Earl of Arundel to be paraded as a wonder. He died within 4 months, and lived his last days above this former public house The Queen's Head.

At 120 he remarried with whom he has a child and continued threshing and husbandry.

The King Charles I is said to have asked him You have lived longer than other men, what have you done more than other men?, to which he replied I did penance when I was 100 years old.

As news of his age spread, 'Old Parr' became a national celebrity and was painted by Rubens and Van Dyke.

His grandson is reputed to have lived to 124. 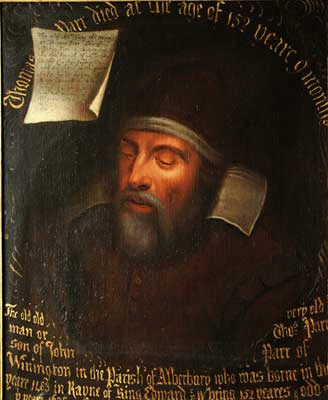 
The Game of Mornington Crescent», 1.7km