The Birth of Britpop 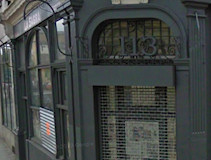 This is where Coldplay played their first gig.

Description: This was once the hottest music venue in town - a bar called The Laurel Tree. It hosted a northern soul and mod night in 1993 started by DJ and promoter Paul Tunkin called The Blow Up Club in it's upstairs room. At its peak in 1995, Melody Maker magazine declared it The Club That Changed The World.

It sadly closed down in 1999 after running into late-hours rows with the council and one of its main attractions The Blow Up club night moved to a bigger venue in Soho. Since then it's careered from owner to owner changing name several times.