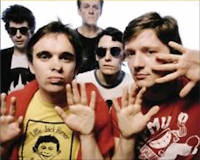 This is where Squeeze played one of their first gigs.

Description: In 2010 a plaque was erected here by the rights body PRS For Music celebrating one of Squeeze's first ever gigs.

The founding duo of Chris Difford and Glenn Tilbrook joined the rest of the band here at the Borough Halls, which today is the home of the Greenwich Dance Agency.

The fledgling band played here in 1975, ahead of a global career seeing them score worldwide hits such as Up The Junction, Cool For Cats and Take Me I'm Yours.

Difford said After school I was lost, looking for friends really, somebody to team up with. I'd written a few songs and had this idea that I could be the David Bowie of Deptford.


The Beatles and Charlotte Mews», 6.1km