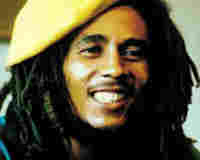 The house where Bob Marley and the Wailers lived in 1977.

Description: This is where reggae superstar Bob Marley lived in 1977 with his band The Wailers.

He moved here with his wife Rita in January 1977, following an attempt on his life in Jamaica. His band moved in that year and when they were not recording they cross the Albert Bridge to play football in Battersea Park.

Marley and bass player Aston Barrett were arrested for cannabis possession in 1977. Evidence has suggested Marley gave a different address to prevent the police from searching the house in Oakley Street for drugs and getting more people in trouble.


This is where David Bowie lived», 2.7km