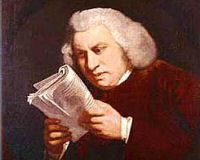 This is where painter Sir Joshua Reynolds lived for 16 years.

Description: Sir Joshua Reynolds occupied a large house on this site from 1754 until 1760 after coming to London from Plymouth in 1752 and engaging various rooms in St. Martin's Lane.

Sir Joshua Reynolds was the celebrated 18th century painter and first president of the Royal Academy.

He soon 'found his prospects so bright and extensive, that he removed to a large house here on the north side of Great Newport-street'.

Here 'his practice increased so rapidly that it became necessary to obtain some assistance, and he engaged Mr. Peter Thoms, whom Hogarth used to call Reynolds's drapery man, to forward the preparation of his pictures'.

Reynolds's first meeting with Dr. Johnson, in 1754, took place in Great Newport Street, at the house of the Misses Cotterell on the south side of the street opposite.