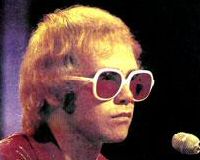 Description: Elton John worked his first ever job here in 1965 as an errand boy at Mills Music for Â£5 per week. He worked with agent Eric Hall who was also there at the time.

He is supposed to have written Your Song on the roof here, although it's thought some of the song was composed back in his home at Pinner.