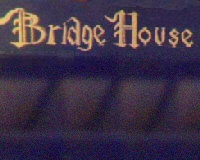 The seminal East London venue and recording studio was here.

Description: The Bridgehouse was the seminal rock venue in East London throughout the seventies and eighties and a regular home to such bands as Dire Straits, Iron Maiden, Depeche Mode, The Blues Band and Secret Affair as well as the Bridgehouse generated Wasted Youth.

The Bridgehouse shut its doors to live music in 1982 and was bulldozed into the ground a couple of years ago.

1» Another idiotic government who destroy culture. Flatten the beginning of an era for many famous performers and for what. Money and back hand dealing with property developers. Why would such a place interest Gordon Brown. I was turfed out of my house and then they bulldozed it, its now a plot of green grass, instead of 100 flats. (Spence)
Posted by Spence on 2009-10-18