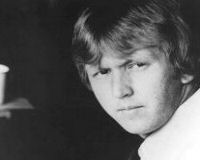 Mozzer lives with the Queen», 0.9km

Lost in the Supermarket», 2.1km