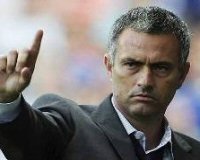 Description: This fabulous 6 bedroom luxury Belgravia town house in the heart of Belgravia became former Chelsea manager Jose Mourinho's London pad. It is owned by a Chelsea fan, who rented it to the club for £4k per week.

It's Grade II listed and was originally let in 1828 to a Daniel Mills Esq., a man of independent means.

After the Special One it's next tenant was Hollywood heartthrob actor Rob Lowe.