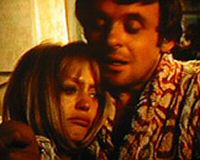 Description: There's a dubious story been doing the rounds about this odd coincidence.

The British actor Anthony Hopkins was delighted to hear that he had landed a leading role in a film based on the book The Girl From Petrovka by George Feifer.

A few days after signing the contract, Hopkins travelled to London to buy a copy of the book. He tried several bookshops, but there wasn't one to be had.

Waiting at Leicester Square underground for his train home, he noticed a book apparently discarded on a bench. Incredibly, it was The Girl From Petrovka.

That in itself would have been coincidence enough but in fact it was merely the beginning of an extraordinary chain of events.

Two years later, in the middle of filming in Vienna, Hopkins was visited by George Feifer, the author. Feifer mentioned that he did not have a copy of his own book.

He had lent the last one - containing his own annotations - to a friend who had lost it somewhere in London. With mounting astonishment, Hopkins handed Feifer the book he had found.

'Is this the one?' he asked, 'with the notes scribbled in the margins?' It was the same book.

1» mabey he wants to make a movie. he should contact me as i am a true relation to the kray twins that got away before the end came. I did my time in wash. state. can anyone contact me about my family? (tony kray)
Posted by tony kray on 2008-12-07

The Chinese Bridge and Pagoda», 0.7km

Granary Square and its Fountains», 1.6km