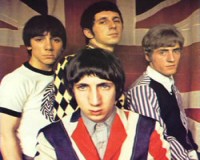 Mozart and the Hare Cutter», 10.km