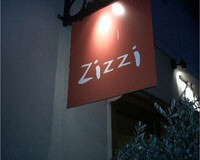 Description: It was here in April 2007 that a Polish man chopped off his penis in front of diners. The Zizzi restaurant was packed with diners, many of whom had been participants or spectators of the London Marathon earlier, when the man stormed in on the evening of Sunday 22nd April.

'We believe he's Polish and 35. We don't know if he has a history of mental illness. But he's clearly not a well boy,' a police source told the Sun newspaper.

'This guy came running in, then charged into the kitchen, got a massive knife and started waving it about. Everyone was screaming and running out as he jumped on a table, dropped his trousers and popped his penis out. Then he cut it off. I couldn't believe it,' diner Stuart McMahon was quoted as saying.

Police sped to the scene, subduing him with CS gas while treating a number of diners for shock. They were also able to recover the male organ from the restaurant floor, the Sun said.

'The manhood was packed in ice and taken with the man to London's St Thomas' Hospital,' it reported.

Surgeons there had tried to re-attach the penis, but it was not clear Tuesday whether the procedure had been successful.

The Royal College of Surgeons confirmed that it would be the first time in Britain that a person would have his penis sewed back on.

A spokeswoman for the Zizzi restaurant said that the man was not believed to have any connection with the restaurant.