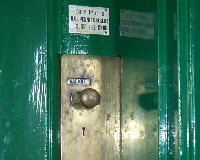 This is where the first paid-access toilet was installed.

Description: In the hot summer of 1858 when the country was bathed in a prolonged heatwave, The Pong, so writers of the time recorded, was significant, London was described as The Big Stink.

The government made the installation of a new sewer system a priority and encouraged entrepreneurs to open new, privately owned public loos.

One of the first such ventures was built here outside the Royal Exchange in London and the proprietors approached magician Maskelyne to design a device that would enable them to charge users for the privilege.

Maskelyne was already known for his inventions; the bus conductor's ticket punch, a typewriter, the film projector, all manner of theatrical props and - of crucial importance to the development of public lavatories - mechanical tableaux that came to life when a coin was dropped into the slot were all invented by Maskelyne.

With his know-how, the design for a loo lock operated by a penny piece was patented by Maskelyne, worked well and was manufactured in thousands to appear in public conveniences in all parts of Britain and the empire.

The euphemism 'spending a penny' was popularized in gags and songs by performers on the music hall stage, although the first record of it appearing in print was not until 1945 in a novel by H. Lewis called 'Strange story'. 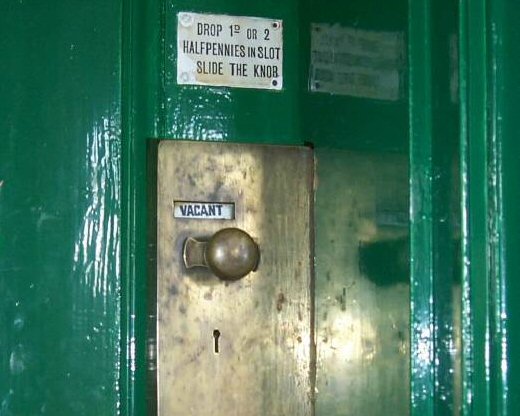 A Garden with a Gruesome Past», 0.7km