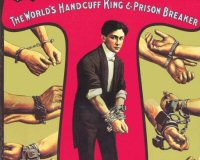 This is where Houdini first stayed in London.

Description: Eric Weiss arrived in London with his wife Beatrice in May 1900 and moved into theatrical lodgings at 10 Keppel Street in Bloomsbury, a popular haunt for American's coming to England.

Weiss, better known to posterity by his stage name, Harry Houdini the Handcuff King, had so far made little impact in the United States, his adopted home. He had therefore resolved instead to conquer America by first making a name for himself in Europe. Knowing that a good number of successful acts whose reputations had been made in London, Paris and Berlin had an exalted value in New York, he set about securing London bookings.

According to Beatrice Houdini, after some days of unsuccessful interviews, C. Dundas Slater, the manager of the Alhambra, gave him an audition on the June 13th. Apparently not wholly convinced of the young man's abilities, he offered him a contract on the condition that he must first, 'Escape from handcuffs at Scotland Yard'. Slater was apparently acquainted with Superintendent William Melville and arranged for himself and Houdini to visit the Yard the following day.

At the appointed hour, they were welcomed by Melville who immediately ridiculed the notion that anyone could escape from Scotland Yard handcuffs. Stage handcuffs were one thing, he told them, but Scotland Yard's cuffs were the last word in scientific manacles. Houdini, unabashed, insisted on rising to the challenge. Later that day he told Beatrice that within seconds Melville had suddenly grabbed his arms, encircled them around a nearby pillar, produced a pair of cuffs from his coat and snapped them tightly around his wrists. 'I'm going to leave you here and come back for you in a couple of hours' Melville told him as he and Slater headed towards the door. To Melville's astonishment, Houdini replied, 'I'll go with you' as the opened cuffs fell to the floor.

Melville, although somewhat taken aback, held out his hand to Houdini in genuine astonishment, offering him his unreserved congratulations.

Two weeks later, on June 27th, 1900, Melville was Houdini's guest at a special performance of his stage act at the Alhambra Theatre in Leicester Square. There the London press were treated to his full routine of escapes from a variety of trunks, cabinets, chains, padlocks and shackles; many bought along by the audience themselves. 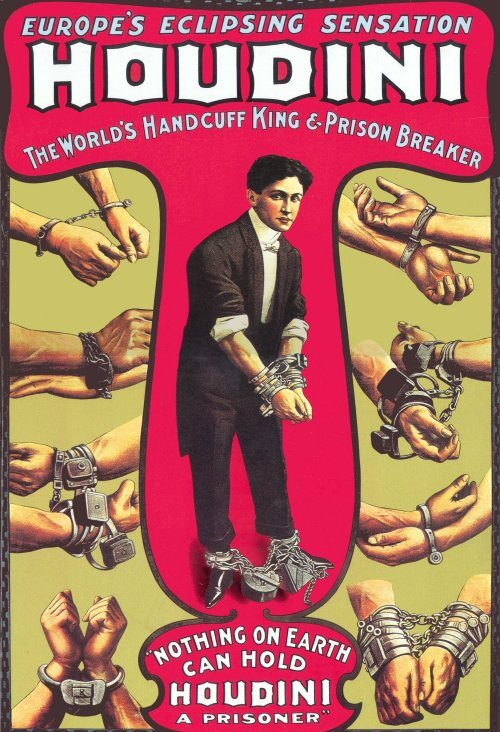