Sylvia Queen of the Headhunters 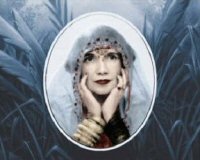 Sylvia Queen of the Headhunters+Last Rajah of Sarawak lived here

Description: Charles Vyner Brookeâs best claim to fame was as the rajah who sold his kingdom for a million pounds to the British Colonial Office. He then retired to lead a reclusive life in London, a broken âkingâ but with a sexual appetite that didnât wane â he died in the arms of a 17-year girlfriend at age 87!

Brooke, the grandnephew of James Brooke, was an easygoing and spendthrift young man. His father, Rajah Charles, the second White Rajah of Sarawak and James' nephew, once warned his heir: âOur family never entertained the idea of founding a family of Brookes to be European millionaires!â

But his advice fell on deaf ears and the young man, together with his queen, squandered the family money and title, and eventually died in relative obscurity in London.

From all historical accounts, Rajah Charles was a model ruler. He had inherited a bankrupt state in 1870 from his uncle, James Brooke, the first White Rajah of Sarawak.

As the white rajah, he, however, considered it his royal duty to produce a white heir. He returned to England to marry Ranee Margaret, a lively young lady, 20 years his junior. Fort Margherita is named after her.

She was a social butterfly, who organised dances and amateur theatre for the European community of Kuching. The Rajah built a cinema that was named after her. He also renovated the Astana, transforming it from a ramshackle building to a stately mansion and had an elaborate coronation. Ranee Sylvia proclaimed yellow as the royal colour, for the exclusive use of the Rajah and his family.