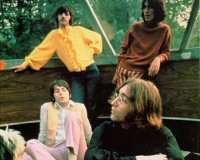 This is Paul McCartney's London home of 40+ years.


McCartneys housekeeper was a Mrs. Kelly who was fired along with her husband when they tried to sell their story to an Australian newspaper.

Music room/den was on the top floor and had a window overlooking the front courtyard. Songs such as Penny Lane, Getting Better and Hey Jude were written there.

A Knight piano stood in the music room. McCartney got design team Binder, Edwards and Vaughan to paint the piano in psychedelic colours. The job cost 300.

McCartney had a meditation chapel built in his garden around 1967 which contained a circular bed donated to him by Groucho Marx.

In 1968 fiance Jane Asher returned unexpectedly to Cavendish Avenue from Bristol to find McCartney in bed with another girl. They broke up shortly afterwards.

McCartney was the only Beatle to remain a London resident during the years that The Beatles were together.

It is still owned by Paul and obviously access is prohibited.

(see all Beatles in geodome conservatory at the back of the house in the picture). 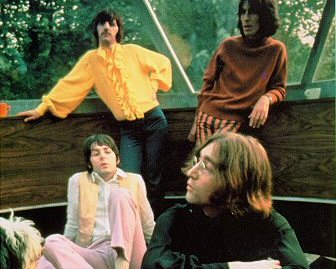