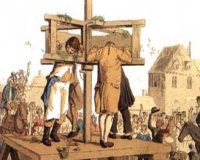 This is where the old homosexual-punishing pillory used to be

Description: Floral street used to be the campest street in London, before even Old Compton Street had come out of the closet. It used to be called Hart(e) Street aeons ago, and up until 1861 homosexual liaisons were punishable by death.

In practise many cases were commuted to 'attempted buggery', and punishment was a spell in the pillory, here in Floral Street.

George Duffus is arguably the most renowned of those who spent time in the pillory; the court reports of 1721 include the witness statement of one Mr Powell whom Duffus had befriended and who had been tricked into sharing a bed: [we had] not been long in Bed, before he began to kiss me, and take hold of my Privities. How lean you be! says he, Do but feel how fat I am! and so he endeavourd to convey my Hand to his Privities. For his indiscretion Duffus was obliged to pay damages and spend time in the pillory. 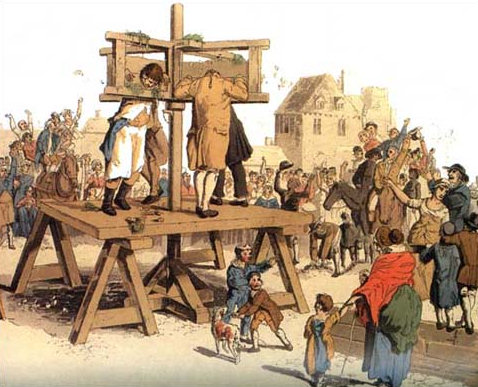