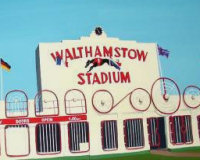 This is where David Beckham worked as a pint glass collector.

Description: The best thing about Walthamstow is the dogs, and although it's nowhere near the station and in Chingford, it's a riot.

He progressed to become a bookmaker at horse racing tracks throughout the South of England and after a few years had the number 1 pitch at every racecourse in the South.

The next move was to become a rails bookmakers (a bookmaker who bets to the Members Enclosure). The other book- makers standing on the rails next to him were three young men, William Hill, Jo Coral and Max Parker (Max Parker was the founder of Ladbrokes) so he was in good company.

He diversified into several businesses and in the late 1920's when greyhound racing started in England he saw a potential and opened Walthamstow Stadium. He sadly passed away in 1946 when only 56 years of age.

There is an artesian well on the site and Vinnie Jones has raced his dogs here while a very junior David Beckham collected glasses here for 10 a night.

And after all this glorious history, stories and amazing times had by people from all over the UK, this legendary venue is due to close in August 2008. So, get down there, have fun and don't let it happen! 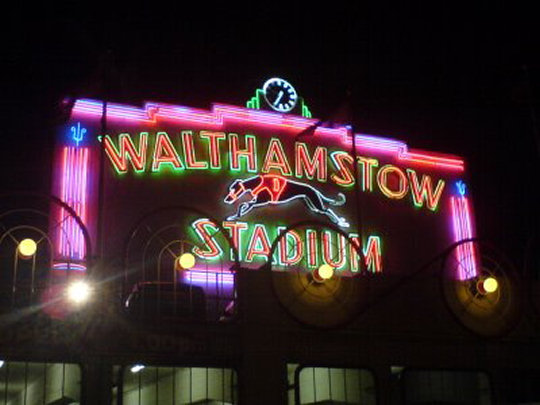