The Lauriston & a wooden Leg 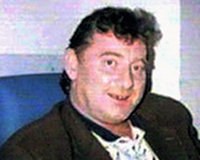 This is where Harry Stanley drank before police shot him dead.

Description: This is the pub formerly known as The Alex, where it became infamous as the place where Harry Stanley was drinking and misidentified as a terrorist/armed lunatic. He stopped in here for a drink on 22 September 1999 with a wooden table leg in a bag, on his way home. Someone on leaving the pub, rang the police to say an Irishman (he was Scottish) had a shotgun. He was intercepted after he left the pub and shot in the head and killed by two policeman from the SO19 Armed Response Unit. One bullet hit Harry in the temple and he died instantly.

The controversy surrounding subsequent open verdicts and no charges being made against the officers, caused issues within the police on firearms procedures and how they are trained to respond.