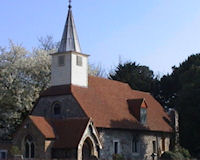 This is where the the maccaroni parson was buried after hanging

Description: Dr William Dodd was the last person hanged for forgery - he is buried here.

A Doctor of Divinity, William Dodd, who had been Chaplain-in-Ordinary to his Majesty, George III, was so fond of elegant dress that he was nicked named the 'maccaroni parson'. Also a spendthrift he had once before been found out as a forger and lived on the continent for two years, while the scandal subsided.

In February 1777 he forged a bond for 4200 in the name of Lord Chesterfield. When the bond was repudiated and the forgery discovered, Dodd was arrested.

Despite the efforts of Dr Samuel Johnson a petition signed by 23000 people, requesting a pardon, Dodd was hung at Tyburn on 27 June 1777, aged 48 years.

Dodd had several works published, but some have been attributed to Dr Johnson.


There is an inscription on the porch here to Dr. W. Dodd, who was the brother of the then rector. 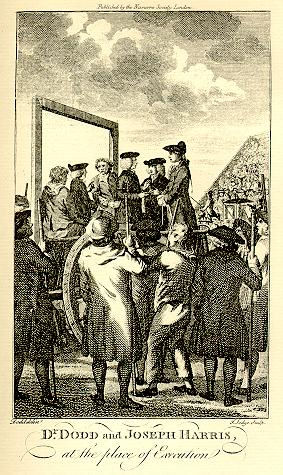