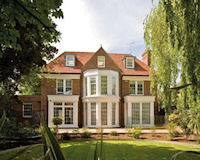 When Saif returned to Libya in March 2011 to support his beleaguered father against the advancing rebels, exiled Benghazi student squatters found a way in and occupied it.

It's part of the millions of dollars of assets around the World frozen for the next regime's rebuilding of the country.