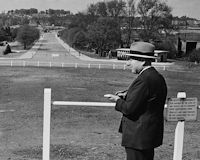 The amazing home once owned by the owner of Wembley Stadium.

Description: This 20-room multi-million luxurious house with a swimming pool was previously home to, and built for, Sir Arthur Elvin, the former owner of Wembley Stadium.

The son of a Norwich policeman, Elvin joined the Royal Flying Corps and was shot down in World War I and held as a prisoner of war for 2 years.

After surviving the way Elvin ran out of money and in 1924 was offered a job working in a cigarette kiosk at the British Empire Exhibition at the newly opened Wembley Park, Wembley, by a charity for distressed ex-officers.

He following year he bought eight of his own shops within the grounds for a total of 100, and made over 1000 profit from his shops at the Exhibition alone. He also met his future wife at the Exhibition. No-one knew what to do with the buildings after the exhibition so Elvin bought them one by one and sold off the scrap. He also sold and moved entire structures elsewhere (for example, the Sierra Leone pavilion became a restaurant in Tranmore, County Waterford, and the New Zealand pavilion became a dance hall in London).

The house also featured as Kevin Costner's home in his film The Upside of Anger.