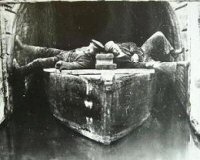 This is the famous Islington Regent's Canal Tunnel.

Description: This is the Grade II listed Islington Tunnel on the Regent's Canal in London. Constructed in 1820, the tunnel is bricklined throughout, measuring 875m in length and 5m in width. When the canal was opened that year a procession of boats passed through with a band playing, to be met by a salute of cannon fire as they emerged at the eastern end.

The western portal is by the famous Regency architect, John Nash and is constructed of red stock bricks set in English bond with gold stock brick and stone dressings.

The Company initially launched a competition for the design of the tunnel. The advertisement was placed in August, 1812, but elucidated little response. A committee of three eminent engineers, Nicholson, Walker, and Jessop, were to be judges. They received only wild ideas and the prize of 100 guineas was awarded to a copy of a Jessop design, which was evidently not considered suitable. The competition having been something of a fiasco, James Morgan was ordered to get on with it and so he did.

The tunnel was at first operated by legging, whereby men lying on their backs on planks aboard the boat walked the vessel through against the side walls. This was slow, hard, and caused a great deal of delay. In 1826 a steam chain tug was introduced, one of the earliest uses of steam power on the canals. On one occasion in 1880 it caught fire and sank.

In recent years, however, the inner skin of brickwork had broken away in certain parts of the tunnel. The tunnel was restored in 2000. 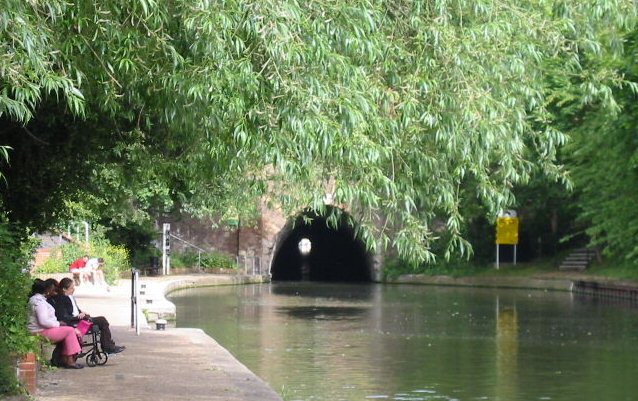