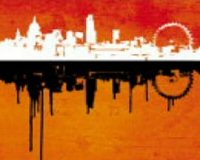 This is where JG Ballard based his book The Millenium People

Description: This is where author JG Ballard's seminal Millenium People is based.

In the book, Dr Robert Markham, a psychologist attached to the Adler Institute, consultant to major corporate clients, is tasked by a Home Office contact to infiltrate a subversive residents' association at Chelsea Marina, a middle-class gated community (modelled on this marina - Chelsea Harbour).

Led by a charismatic doctor, his group of friends aim to rouse the docile middle classes to anger and violence, to free them from both the self-imposed burdens of civic responsibility and the trappings of a consumer society -- private schools, foreign nannies, health insurance and overpriced housing. Markham, seeking the truth behind Laura's death, is swept up in a campaign that spirals rapidly out of control. Every certainty in his life is questioned as the cornerstones of middle England become targets and growing panic grips the capital!

J.G. Ballard was born in 1930 in Shanghai, where his father was a businessman. After internment in a civilian prison camp, he and his family returned to England in 1946. His 1984 bestseller Empire of the Sun won the Guardian Fiction Prize and the James Tait Black Memorial Prize, and was shortlisted for the Booker Prize. It was later filmed by Steven Spielberg. His controversial novel Crash was also made into an equally controversial film by David Cronenberg. His most recent novels are the Sunday Times bestsellers Cocaine Nights and Super-Cannes.