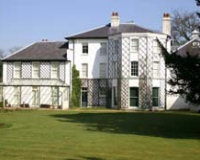 The house where Charles Darwin wrote On the Origin of Species.

Description: It was at Down House that Charles Darwin worked on his scientific theories, and wrote 'On the Origin of Species' by Means of Natural Selection the book which both scandalised and revolutionised the Victorian world when published in 1859.

The house remains much as it was when Darwin lived here. The rooms on the ground floor have been furnished to reflect the domestic life of the family, while the study holds his writing desk, chair and numerous objects connected with his work. The first floor offers an interactive exhibition on his life, research and discoveries.

English Heritage has restored the gardens to their appearance in Darwins time. Some of his outdoor experiments on natural selection are recreated in the garden and the greenhouse, with its orchids and carnivorous plants. The newly installed observation beehive will enable visitors to see honeybees at work building honeycombs, just as Darwin did almost 150 years ago when trying to prove his theory of evolution. Visitors can also stroll around the famous Sandwalk, the path Darwin paced as he worked out his ideas.

Charles Darwin bought Down House in 1842 intent on leaving the difficulties of life in central London at that time. He had been married for 3 years to Emma Wedgwood, and had two children. Down House seemed a place of safety away from Chartist riots, demonstrations and the noise of traffic as well as some of the diseases more easily spread in a big city. Although only 16 miles from central London, he described his new home as...


...at the extreme verge of the world


With the house was also about 18 acres of land, including a garden where Darwin later carried out many plant experiments, and a 15 acre field known as Great House Meadow, where he could graze a couple of horses and two cows. The name 'Great House' recalls the first known house here, built for John Know in 1651. It was in this field that Darwin observed how bumble bees were the sole pollinators of red clover and where he organised his children to watch for bumble bees which appeared to follow a regular flight path from tree to tree with special 'buzzing places' along the hedgerow.

Within Down House is Darwin's study where he carried out most of his scientific reading and writing, including his letter writing to colleagues around the world. In this room he had his microscope and carried our anatomical dissections and in the window he observed plant growth and movement in response to light. His indoor experiments also took place in the drawing room where he investigated the responses of earthworms to different sounds and vibration, reported in 'The formation of vegetable mould through the action of worms' (1881).

In the vegetable garden he carried out experiments on hardy plants including investigations of cultivated varieties of peas, beans, gooseberries and other fruit and vegetables reported in 'Variation of animals and plants under domestication' (1868), while in the neighbouring greenhouse Darwin studied plants from all over the world, many of them sent to him by Joseph Hooker, his friend and Director of Kew Gardens.

South west of Great House Meadow is Darwin's 'thinking path', also known as the Sandwalk, which leads around a small patch of woodland. Bordered on the east by an ancient wood boundary, the rest of this area was planted by Darwin, who rented and later bought it from the Lubbocks. Before he planted trees here in 1846, he had the land deep ploughed and observed that where this disturbance had occurred, charlock grew, but the next year he could no longer find it. Then in 1855 it reappeared where deep digging had occurred, prompting Darwin to dig some more trial areas, where once again charlock grew. This led him to suggest that,

'the power in seeds of retaining their vitality when buried in damp soil may well be an element in preserving the species'. 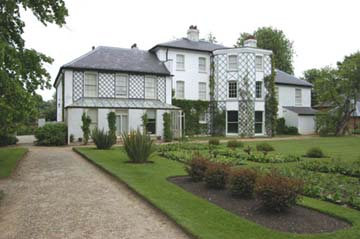 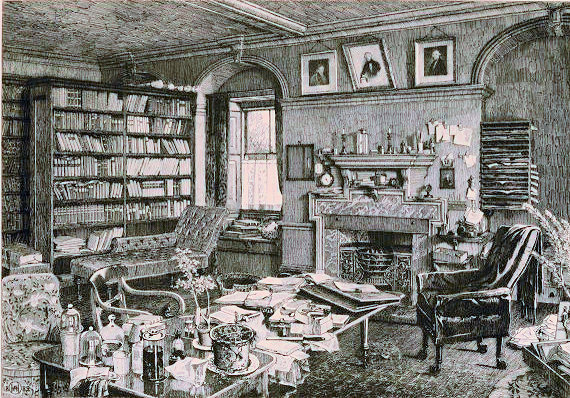