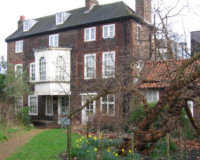 The house where satirist and engraver William Hogarth lived.

Description: This house was built around 1700, and was the country home of the great painter, engraver and satirist William Hogarth (1697-1764) from 1749 until his death.

It provided a quiet summer retreat from the bustle of city life around Hogarth's main house and studio in what is now Leicester Square.

In Hogarth's time the house stood at the north-west edge of the old village of Chiswick, close to the Thames, so it would have been as easy for him to come to Chiswick by boat as by road.

Today the modern road system - including the Hogarth Roundabout - cuts it off from the village, but once inside the high brick walls of the garden (still containing Hogarth's mulberry tree), visitors can almost forget the roaring traffic outside. Hogarth lived here with his wife, sister and mother-in-law.

Two floors of the house are open to visitors, and include the most extensive collection of Hogarth's prints on permanent public display. The panelled rooms also house some replica pieces of 18th century furniture.

After his death his widow Jane continued to live in the house for a further 25 years, until her own death in 1789.

The house was refurbished in 1996-97 to mark the tercentenery of Hogarth's birth. 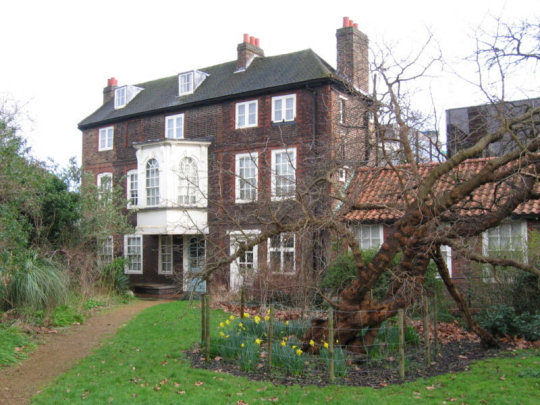