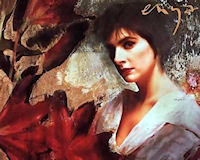 This is where Oasis and Enya recorded their massive albums.

Description: Built in the mid-80s, Orinoco Studios quickly made its mark by producing Enya's groundbreaking album 'Watermark' (including the worldwide hit single 'Orinoco Flow' - bizzarely named after the studio).

In 1997 Orinoco produced more Number One albums than any other studio in Britain (apart from the legendary EMI Abbey Road). 'What's The Story Morning Glory' by Oasis was partly recorded and entirely mixed at Orinoco, and has since become the second highest selling album ever in the UK after 'Sergeant Pepper'. Oasis then returned to mix the follow up 'Be Here Now'.

In recent years the studio has become a second home to The Chemical Brothers who have made all their records here.

Now it's run by the Miloco empire of cutting edge recording studios and called The Pool.

Libertines Up the Bracket Video», 2.9km