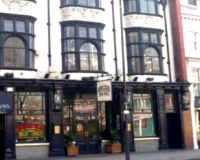 This is where a Mammoth's tooth was found in 1901.

Description: It's now a bar and grill, but you can see that it used to be a distinctive old pub.

It was formerly called the The Six Bells, and rebuilt in 1901 when a Mammoth's tooth was founded here weighing 16lbs and 15x12. The older pub before it was rebuilt was popular with pre-raphaelite artist and local eccentric Dante Gabriel Rossetti, Whistler and Carlyle who wasnt allowed to smoke at home, so came here.

The pub was a well-known landmark for jazz gigs, and a frequent venue for the Sandy Brown-Al Fairweather band.

In the latter part of the 19th century there used to be a bowling club behind the building in what were some pleasant gardens. See picture. 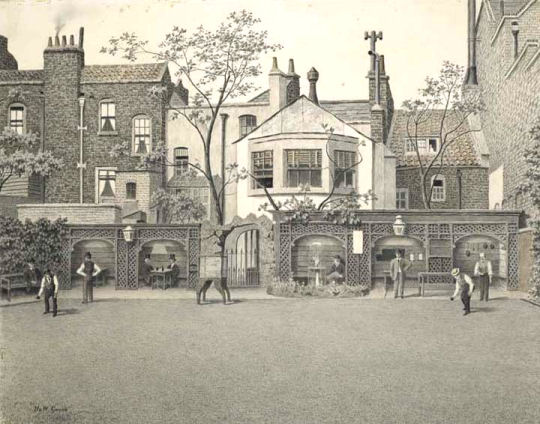