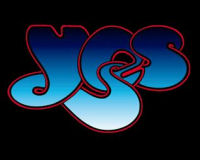 Where prog rock band Yes were formed and lived!

Description: In 1968 the original members including vocalist Jon Anderson and bassist Chris Squire of progressive rock legends Yes lived in a flat here. The band were formed here before going on to release their derbut album the following year, and have many records sold including hit Owner of a Lonely Heart.

By 1969, you used to live with the rest of members of Yes in a flat in London's Munster Road. How did you manage to go back and forth to the Marquee Club every week with the gear?

That's a good question. Tony (Kaye) never lived there, Tony always had his own place. Chris (Squire) wasn't there for long cause living with Chris was always a problem. Well, we had a road crew by then. We certainly didn't keep equipment at the flat. We would just show up at The Marquee and usually have a sound check and we didn't all travel together. So we wouldn't all leave the flat and then get a bus or a cab to The Marquee. We would just arrange what time we would be there and and then we would meet on time, I mean, we didn't spend so much time together actually because we saw so much of each other and the period that we all lived together probably wasn't for very long, it was probably less than a year.

The Beatles and Charlotte Mews», 4.3km