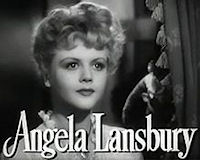 The birthplace of actress Angela Lansbury.

Description: This is the flat (ground floor, garden flat) where Murder, She Wrote star Angela Lansbury was born to parents Edgar Isaac Lansbury and wife and actress Moyna Macgill.

After her father died when she was 9, her relatives took her to the theatre and cinema regularly to take her mind off her loss leading to her love of showbusiness.

She received her first Oscar nomination for her film debut opposite Ingrid Bergman and Charles Boyer in Gaslight (1944), followed by another the following year for The Picture of Dorian Gray. Other notable films include The Manchurian Candidate (1962), Bedknobs and Broomsticks (1971), Death on the Nile (1978), The Mirror Crack'd (1980), and Mr. Popper's Penguins (2011).

Most famously however, Angela portrayed the middle-aged mystery writer and amateur sleuth, Jessica Fletcher, on the long-running light mystery television series Murder, She Wrote from 1984 through to 1996.