The Temple of Health 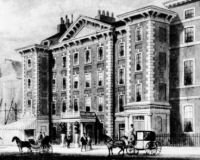 This is where the Temple of Health and the Celestial Bed was.

Description: This striking unusual mansion was adapted from Portland House, which in turn has been created by the Countess of Portland by converting two houses into a single residence. Work began in 1694, the year after the duke inherited his title.

He died in 1719 and the house was subsequently let. 50 years later it was divided into three by the artist John Astley. Astley lived at No. 81, and constructed a studio on the roof.

In 1781 Astley was succeeded by a Scottish quack doctor called James Graham, who turned the establishment into a Temple of Health and Hymen.

A variety of delights awaited those willing to pay the two-guinea fee to enter the Temple of Health. They could wander through ornately furnished rooms, breathe in the perfumed air, listen to music or hear Graham delivering lectures on health, buy medicines, inspect the 'medico-electrical apparatus,' or watch scantily-clad young women pose among the statues.

One of the young women Graham employed was Emma Lyon, who in later years would marry Sir William Hamilton and become Lord Horatio Nelson's lover.

The centerpiece was the Celestial Bed which was reserved for those able to afford the fee of 50 a night. Graham advertised that anyone who rented the bed for the night would be blessed with progeny. Sterility or impotence would be cured.

The bed was twelve feet long by nine wide and could be tilted so that it lay at various angles. The mattress was filled with sweet new wheat or oat straw, mingled with balm, rose leaves, and lavender flowers, as well as hair from the tails of fine English stallions.

As lovers lay in the bed, listening to the soft music playing and breathing in the fragrant air, they could stare up into the large mirror suspended above them on the ceiling. Behind them, electricity crackled across the headboard of the bed, filling the air with a magnetic fluid calculated to give the necessary degree of strength and exertion to the nerves. The phrase Be fruitful. Multiply and Replenish the Earth was inscribed on the headboard.

Despite the success of the Temple of Health, Graham was knee-deep in debt by 1784 and moved to Edinburgh. Here he took up the cause of mud baths, claiming that they were the secret to immortality. 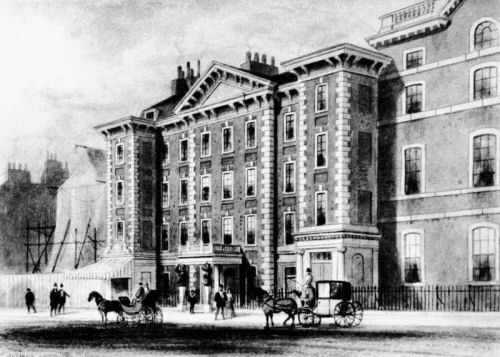