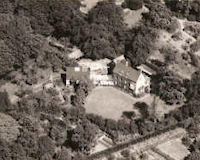 The home and laboratory of explosive inventor Oswald Silberrad.

Description: Set in 3 acres at Woodbury Hill this seven bedroom house Dryads' Hall, on the edge of Epping Forest was home to Dr Oswald Silberrad; the British industrial chemist.

In the aftermath of the Boer War, Dr Silberrad (1878-1960) investigated the failure of British lyddite-filled high explosive shells to detonate properly, and discovered that TNT could be used as a detonator.

During his career he carried out research into dynamites resulting in a new range of powerful explosives and he also developed a new alloy, solving the problem of the erosion of warships bronze propellers.

Local estate agent Stephen White said:
Dr Silberrads son John, who died in 2005, continued to live in the house and until very recently the library was still
lined with his fathers books these are now being sold. Dryads' Hall and its library and laboratory are a fascinating link to the past made perhaps more poignant by the proliferation of weapons and explosives in the modern world. Today, however, it is in need of substantial work and it may well be that a buyer would choose to demolish the existing house and rebuild in this stunning location.


Credits: Many thanks to Hugh Silberrad for the photo & arms pic. 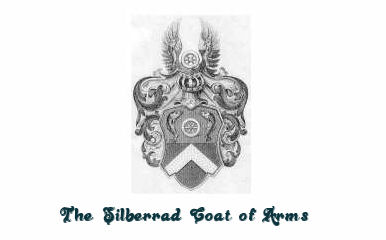 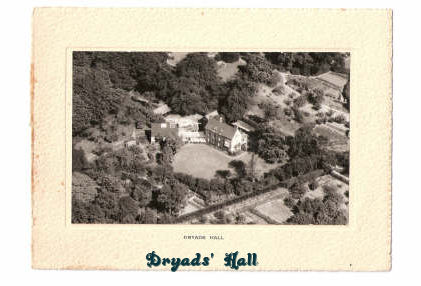 4» I received the instruction to survey Dryads Hall for asbestos by the current owner. Who by all accounts and sadly, cared very little about the history of either the man or his property. Personally, it was an unpleasnt experience. I found the property amazing, a real time capsule. Laboratory equipment still set up, outbuildings full of interesting articles and the thought of someone discarding all of this rested uneasily. I believe that I still have many photographs of the interior and exterior. (steve kitchener)
Posted by steve kitchener on 2011-03-22
3» Stumbled on this site, while looking for my Silberrad family in U.K. Oswald Silberrads mother Clarrisa is my family line. Shame about that lovely home. I would have loved to see it, and loved to buy some of Unas books. Patricia. (Patricia Weir)
Posted by Patricia Weir on 2009-04-28
2» Oswald Silberrad added extensively to what was originally a simple cottage, perched on a ridge at the edge of Epping Forest. If you are an industrial chemist and fluent in German, then my great, great Uncles library may be of interest to you! Of far more interest to most people would be his spinster sister Una Silberrads novels. She was popular between the two World Wars and her books are readily available on the internet. I will post some pictures of DH in due course. (Hugh Silberrad)
Posted by Hugh Silberrad on 2008-03-12
1» The Hall is now mainly demolished-parts of it however left standing. The new owner intends to rebuild a luxury dwelling similar to the original. It should be noted that John Silberrad had let the old building somewhat fend for itself for many years. 4000 books are still looking for a buyer. (Si Colling)
Posted by Si Colling on 2007-10-12