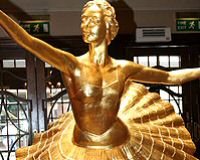 An Argument about a Brown Dog», 1.3km