Boy with a Dolphin 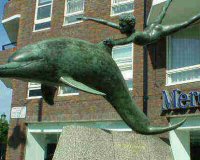 Location: NW side of Albert Bridge

Description: The Boy with a Dolphin is a most loved statue. Made by David Wynne in 1975 it clearly shows the influence of his other work Girl with a Dolphin in 1973 (see below).
The boy is a masterpiece of engineering and design. It is in the form of a double cantilever both with the arm of the boy and the tail of the dolphin.
This sculpture reminds me of a bumblebee. A bumblebee cant fly but as the bee never studied aerodynamics it just flies anyway. David Wynne had no formal art training so he did not know it was impossible to make this statue so he made it anyway!
The model for the statue was his son Roland David Amadlus Wynne born 1964 who unfortunately died in 1999. 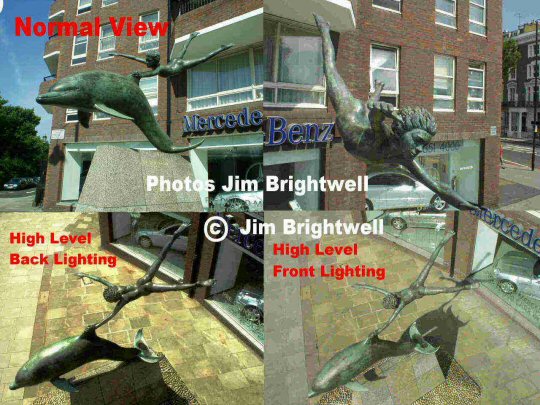 Emblem of the Cockney World», 2.9km

An Argument about a Brown Dog», 0.9km