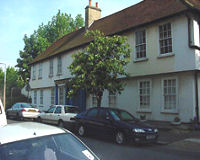 The Oldest Bridge still in use», 16.km