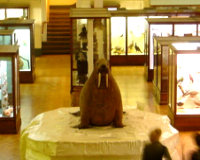 This is the world famous Horniman Museum - the worlds wonders.

Description: Victorian tea trader Frederick John Horniman began collecting specimens and artefacts from around the World in the 1860's. Horniman's key mission was to bring the world to Forest Hill and he opened part of his family house to the public so they could view the riches he had collected. As the collections increased they outgrew the family home and in 1898 Horniman commissioned Charles Harrison Townsend to design a new Museum.

The Museum opened in 1901 and was dedicated with the surrounding land as a free gift to the people of London by Frederick Horniman forever for their recreation instruction and enjoyment. The original collections comprised natural history specimens, cultural artefacts and musical instruments. Over the last 100 years the Museum has added significantly to the original bequest with Horniman's original collections comprising only 10 per cent of current ethnography and musical instrument holdings.

Further buildings were added to the original during the course of the last century notably in 1911 when a new building was donated by Frederick's son Emslie. In 1999 the Museum demolished some of the later additions and embarked on a Centenary Development to create a new extension and several associated spaces, and opened in June 2002. 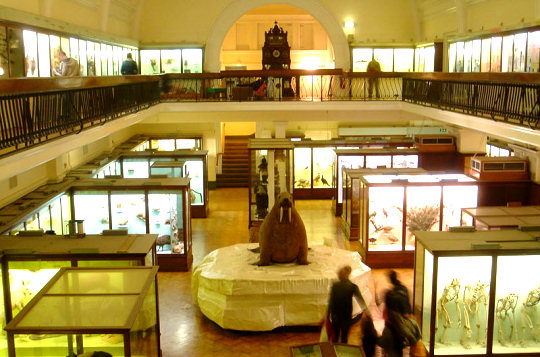