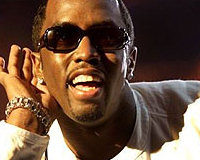 This is where P Diddy partied with his own fake money.

Description: This A-list club is where in 2007 P Diddy (formerly the successful Puff Daddy) spent the night splashing out 30k on alcohol including 17 magnums of champagne and 2 giant diamond-encrusted bottles of Sputnik vodka.

The vodka bottles were handmade especially for the event and cost 10,000 each.

There was also two silver baths filled with 2,400 bottles of Bud Silver beer and he also had created his own Diddy Dollars, fake $100 bills bearing his face.

Sienna Miller and Natalie Imbruglia are both fans.

It's set in what used to be the cellars of the the famous CafÃ© Royal.

A Disco for the Swinging Sixties», 0.2km