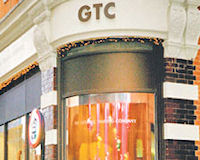 The pioneers of the wedding list to the stars.

Description: The General Trading Company was founded in 1920 by the Part family and occupied premises in Grantham Place, off Park Lane W1, for the next 40 years.

Borne out of these early years came the wedding list concept (embraced by so many couples to this day) along with the patronage of the Royal Family.

In 1962 the shop moved to the fashionably smart surroundings of Sloane Street where it began to make a distinguished name for itself. Initially the company settled comfortably into two large Victorian houses before they were substantially remodeled to make them into one workable retail business.

As the sixties swung into the seventies, the General Trading Company became unashamedly Londons most fascinating shop. A pot-pourri of desirable objects catering for the eclectic tastes of its customers. Around this time, the overseas market became equally captivated and the shop grew into one with iconic standing.

In the 1990s, a store in Cirencester was opened and has traded successfully to this day as part of The General Trading Company portfolio.

In 2000, Cadogan Estates announced the redevelopment of the north west corner of Sloane Square and the shop moved to a wonderful new location in Symons Street. The architect Spencer Fung was commissioned to design the new shop, where he created an exceptional environment. Seamlessly combining the spirit and traditions of old with a contemporary accent, the effect is timeless, sensual and indulgent.

In the Summer of 2007, after much sadness we decided to close our Cirencester store. Strategically The General Trading Company has decided to focus its attention on developing a fully transactional website, and hopes to continue to serve our wonderful Cirencester Customers in this way.

The Shop the Looters Ignored », 2.1km