One Nation under CCTV 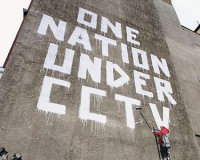 Banksy uses scaffolding to poke fun at our CCTV nation.

Description: This is where Banksy in April 2008 pulled off an audacious stunt to produce what is believed to be his biggest work yet in central London.

The secretive graffiti artist managed to erect three storeys of scaffolding behind a security fence despite being watched by a CCTV camera.

Then, during darkness and hidden behind a sheet of polythene, he painted this comment on 'Big Brother' society.

The scaffolding gang subsequently returned to remove all evidence - again without the camera operator stopping them.

The work shows a small boy, watched by a security guard, painting the words: 'One nation under CCTV.' 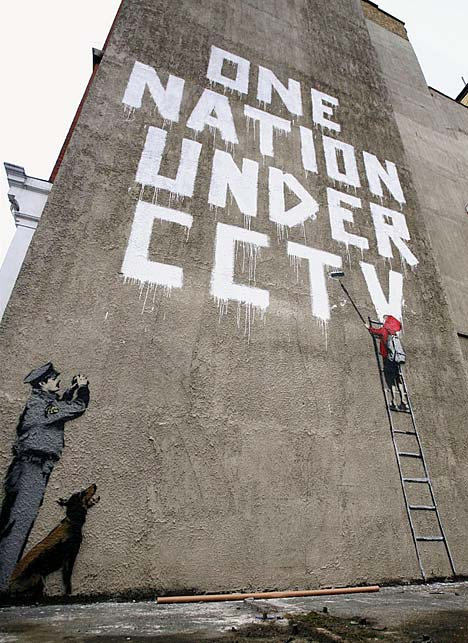