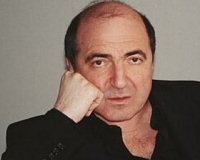 One of Chelsea's finest mansions now in Russian hands.

Description: This eight-bedroom, seventeenth-century Stanley House in Chelsea was bought for 10m by Russian oligarch Boris Berezovsky in 2005. It has Chelsea's third largest garden.

When the builder's were installing his new marble bath in 2006, one of the existing cast iron beams gave way and caused a mini collapse of the floor and ceiling.

Stanley House is a Grade 2* listed building sitting in a one acre site.

It's named after Sir Robert Stanley whose family owned the house and area in the 17th century.

1» Dont blog about what you dont know... Berezovsky doesnt own this house... (Murray Rothbard)
Posted by Murray Rothbard on 2012-03-04