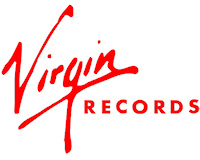 This is where Richard Branson's first shop was opened.

Description: This is where Richard Branson's empire was founded - he opened his first record store Virgin Imports here in 1973.

1» The first Virgin Record shop was Oxford Street followed by Brighton, Liverpool, Birmingham and Notting Hill Gate. The Sloane Sq shop was not opened until some years later. (Tony Murphy)
Posted by Tony Murphy on 2011-03-26

Where the Tricks came from», 2.2km

The Shop the Looters Ignored », 2.1km