A Fruity place to Dance 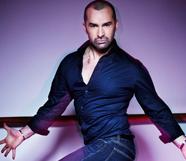 Where Louie Spence throws shapes and amuses the nation

Description: 'Pineapple Dance Studios' is a dance studio complex based in the Covent Garden area and is widely recognised as being the foremost dance centre in the United Kingdom and one of the most famous in the world - being used for castings and rehearsals by leading international dance companies, record labels, television networks, film studios, West End shows, cruise lines, talent and model agencies.

The studios are primarily a venue for dance training, with a daily timetable of classes that are open to the public and which cater for all ability levels including beginners as well as professional dancers.

A docusoap following Pineapple Studios and its employees such as Louie Spence and Andrew Stone were first shown on 14 February 2010 on Sky1.

With narration by ex-BBC newsreader Michael Buerk, it was a documentary that included impromptu dancing and the promotional tag-line: 'Pineapple Dance Studios: Where careers are made, dreams are broken, bitching is an Olympic sport and everyone is fabulous!'.

A Fruity place to Dance», 0km