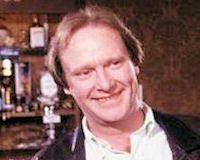 This is where actor Dennis Waterman grew up.

Description: Dennis Waterman was born the youngest of nine children to Rose Juliana and Harry Frank Waterman here in Clapham on 24th February 1948.

The family, which at the time included siblings Ken, Peter, Stella, Norma and Myrna, all lived together here.

He went to school at Granard Primary School in Putney, followed by Corona Stage School, an independent school at Ravenscourt Park in Hammersmith in West London.

His acting career began while here, with him getting his first role aged just 12, in the Night Train for Inverness (1960). The same year he appeared in two small stage productions for the Royal Shakespeare Company's 1960 season.