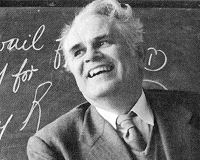 Description: This is the former home of local Leyton-boy Reginald Horace Blyth (1898-1964) who attended Cleveland Road Primary School and then Ilford County High School for Boys.

As a young man he was imprisoned in Wormwood Scrubs for being a conscientious objector in 1916, but later redeemed himself and obtained a degree in English at the University of London with honours.

He travelled and in 1925 became Assistant Professor of English in Seoul, South Korea, developing a lifelong interest in Japanese culture. It didnt suit his wife whom he divorced, and soon married a Japanese woman in 1937, settling in Japan.

He was imprisoned during the Second World War but after Japan surrendered Blyth remarkably helped to negotiate the groundbreaking declaration by which Emperor Hirohito declared himself to be a human being and not divine.

From the 1950s Blyth was a Professor of English, teaching the language to the future emperor Akihito, and the author of numerous English language publications about Zen philosophy, haiku poems and related subjects. He was also an avid vegetarian.