This is the place where Marc Bolan crashed and died.

Description: This is the place, and you can even find the specific tree, where glam rock god Marc Bolan died on 16 September 1977. The T Rex singer hit a tree here in his girlfriend's Mini, and there's a shrine there too.

Please bear in mind that this part of the road is is private & owned by the Residents. 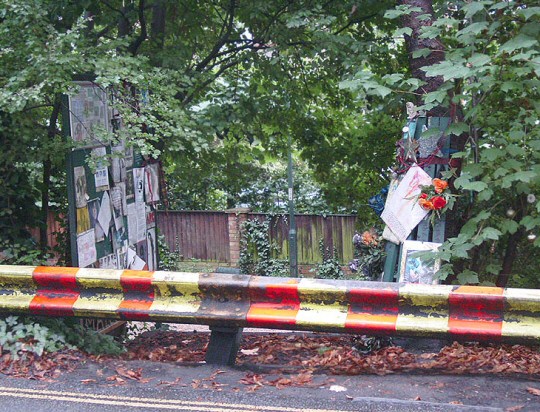