World Cup was stolen from here 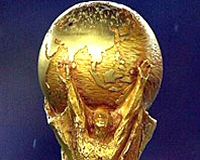 It was here in 1966 that the World Cup trophy was stolen.

Description: Central Hall began as a Wesleyan Methodist Chapel in 1898, and it has played host to events of national and international importance: The Suffragettes, campaigning for the vote for women, met here in 1914. Mahatma Gandhi addressed the Temperance movement here in 1931. During the second world war General de Gaulle announced the foundation of the Free French movement to the world here in 1940.

As the war drew to a close, Winston Churchill addressed the Conservative Party Conference in the Great Hall in 1945. His opening words to them were Victory is certain, victory is near.

It was here that the inaugural General Assembly of the United Nations in 1946. 51 member countries sent delegations and Prime Minister Clement Attlee welcomed the UN to 'this ancient home of liberty and order'.

But most famously in the sporting world on the 20th March 1966 that the World Cup trophy ws stolen from a sport and stamp exhibition. Thieves stole in during a church service and absconded with the trophy while leaving 3 million pounds worth of stamps behind.