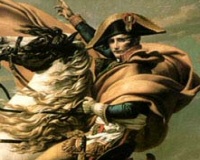 Napolean III, Emperor of the French, lived here in 1848.

Description: These houses were built by Elger and Kelk in 1846. From February 1847 until his return to France in September 1848, No. 1c was occupied by Louis Napoleon III who left for hisdisastrous descent upon Boulogne.

It is now a Grade II Listed building.

Embassy of Ecuador and Assange», 1.8km